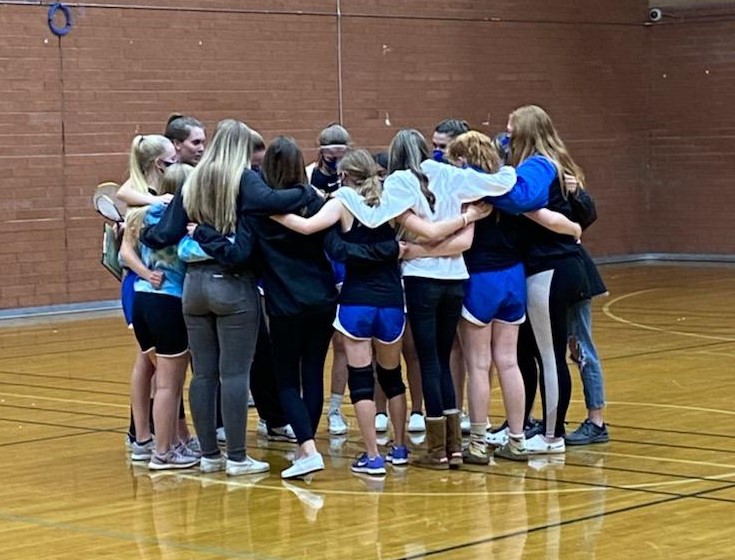 Prescott Badminton falls to Ironwood 5-2 in the Final 4

I know that we came up a little bit short tonight of the win but I could not be more proud of my girls for their efforts tonight. They battled and left it all on the court tonight against a very good Ironwood team. We knew all season that they were the team to beat and hoped that we would meet them in the Finals but as fate would have it we met in the Semifinal round. We were very close in 3 of the Singles matches tonight, within 3 points or less, that would ultimately go in favor of Ironwood and realistically could have gone either way. This is a very special team that accomplished a lot this season and raised the bar even higher for the Prescott Badminton Program moving forward. We finished 14-0 on the regular season, 16-1 including the postseason, won the Div. II Northwest Section Championship, had 3 players (Nicole Raiss-singles, Kailey Crockett/Cassideen Naylor-doubles) finish in the top 8 at Individual State Tournament and made it to the Final 4 of Team State. Hold your heads up high girls and now that you had an amazing season and that we (your coach, families, school and community) are all proud of you.
I want to thank Missy Townsend, PHS Administration and PUSD for doing everything in their power to ensure that we would have a season, all the parents/families of my girls for your unconditional love and support of these girls, this program and myself and last but not least my girls for working hard, making this program better everyday and never giving up.
Prescott Badminton Coming In Hot
Attitude of Gratitude
Badgers For Life
Coach Bobbi Yoder

No Events This Week

Events are added by athletic staff.
View All Events