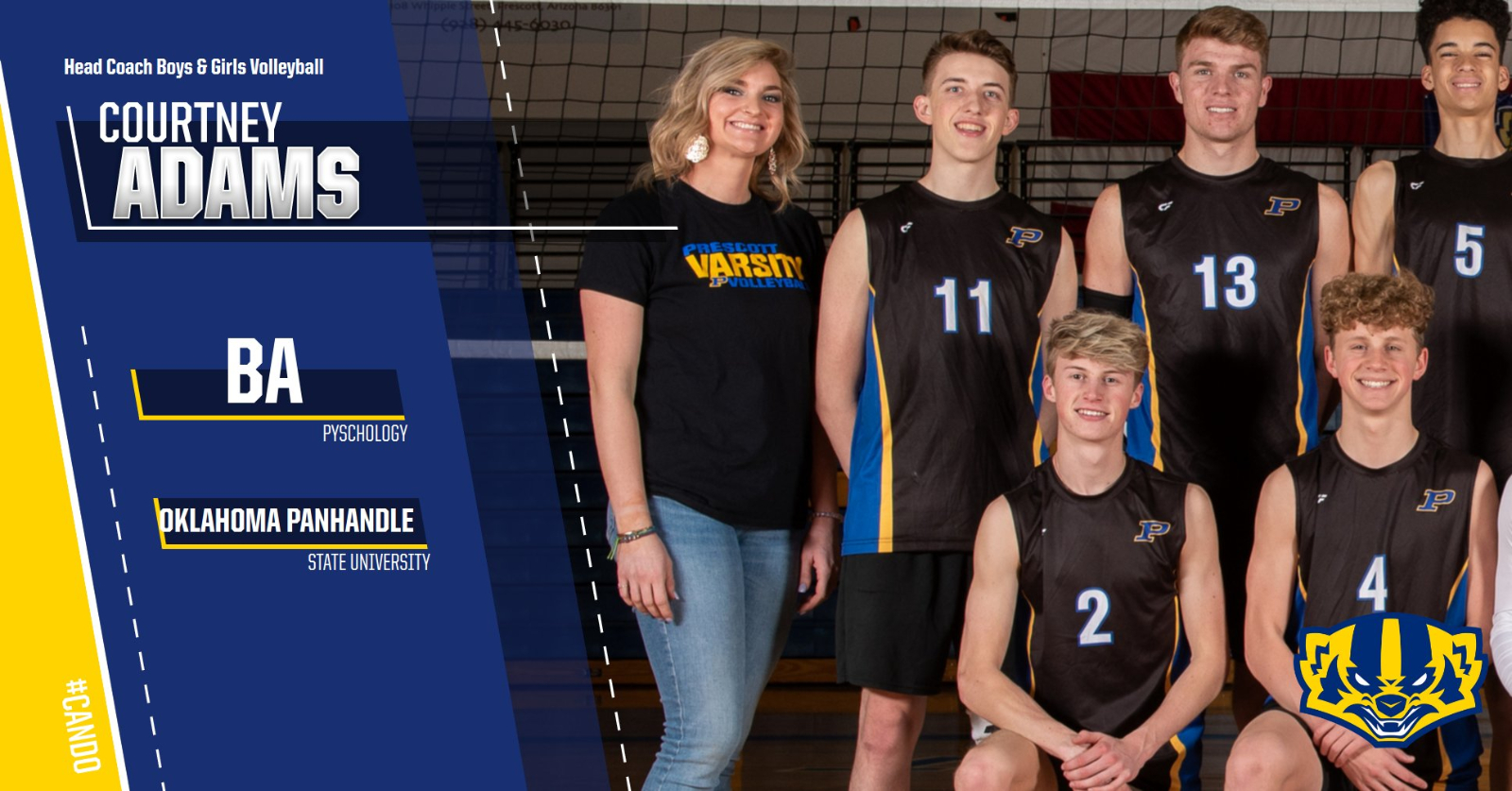 Coach Courtney Adams grew up in Norco, California. Graduating from Norco High School in 2014.  While at Norco, Coach Adams, as you might imagine, played volleyball.  Her favorite memories from playing volleyball in high school were the team bonding experiences.  “Everyday during the summer between our 3 a-days we would go in our team room and play mafia with our coach. I remember this being a good way to kick off the chemistry of the team and keeping it light and fun at the same time.”

After high school Coach Adams continued her playing career first at Lamar Community College in Colorado and then eventually at Oklahoma Panhandle State University.  In her first semester of college she was inducted into a national honor society called Phi Thetta Kappa and continued to work hard in order to earn another scholarship and spot on Panhandle’s roster.  While at Panhandle State University, Coach Adams received her Bachelor of Arts in Psychology.

After college Coach Adams moved to Prescott to be closer to her parents who live in Prescott with their 8 horses, 2 cats and a dog.  Coach Adams was hired as the girls and boys volleyball coach for Prescott High School in 2018.  She says that her favorite thing about coaching at Prescott is “All the amazing athletes that I have had the pleasure of meeting. All the kids have such an amazing work ethic and make it so much fun to be their coach.”

In her spare time, Coach Adams loves to work out, hike, and fish.  Ironically, an interesting fact about her is that she hates seafood.  We love having Coach Adams on staff at Prescott and appreciate her bubbly personality, passion for volleyball, and flexibility to always help wherever she can.  We are grateful to have Coach Adams in our department!