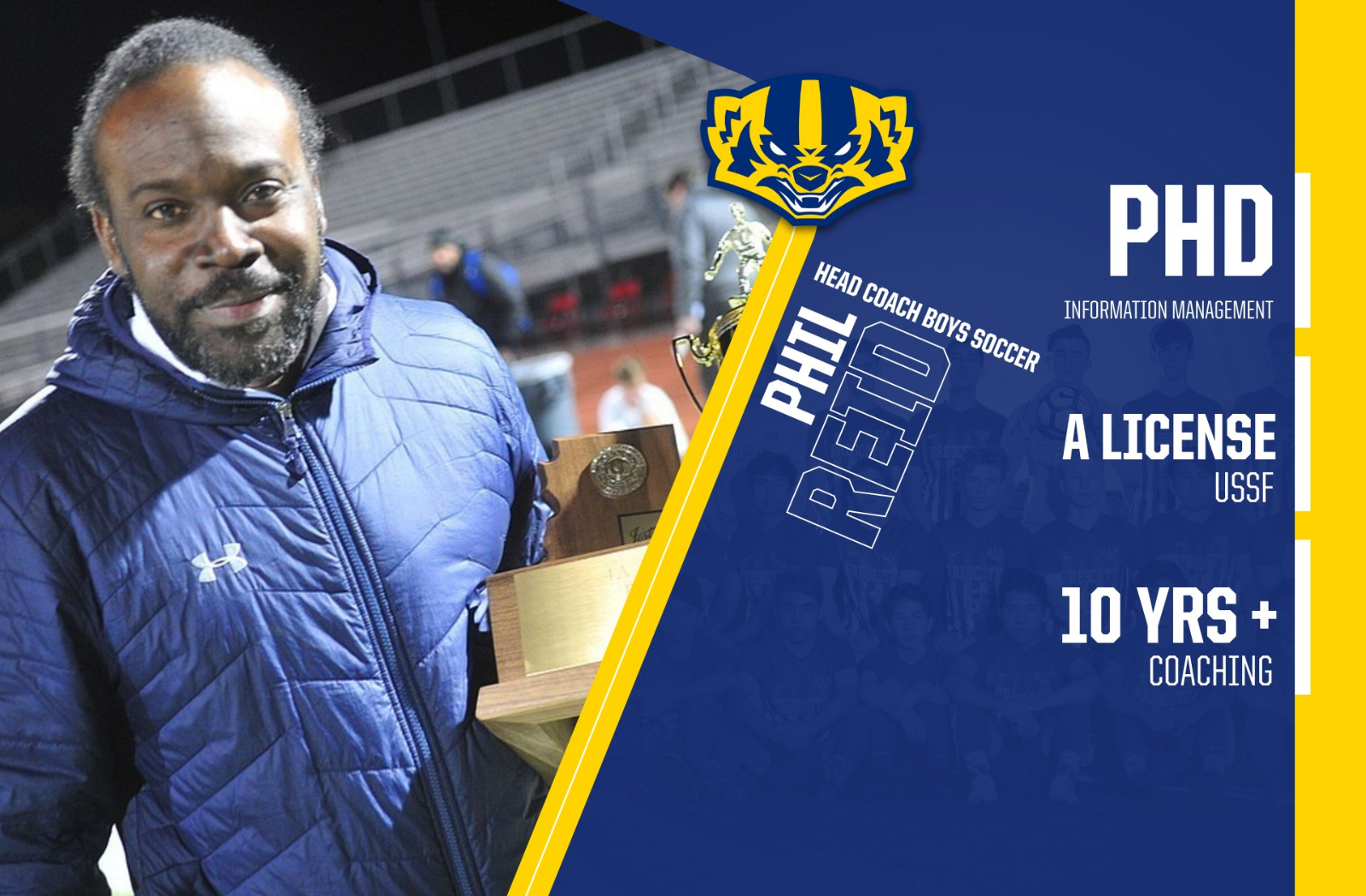 Coach Phil Reid was born and raised in Jamaica. He graduated high school in 1989 where he played soccer. His fondest sports memory from high school was “a bus ride we took to an out of area game, which we won. The bus ride, however, was memorable as this was when most of the bonding happened. We had some really great fun trips as a team.” After high school Coach Reid continued playing soccer with NK Confed FC – Jamaica (Div III).
He then decided to go to Florida where he played for Palm Beach Atlantic University – NAIA, and in 2001 his team won the Sun Conference Championship before moving on to the Palm Beach Pumas – Palm Beach, Florida (semi-professional team). Coach Reid eventually moved to Arizona where he completed his Masters in Information Management at Arizona State University. Coach Reid is a strong believer in continuing education. Coach Reid is currently working on obtaining his Ph.D. in Information Management from Walden University. Not only has Coach Reid challenged himself in his career but also in his coaching profession. Coach Reid is working on getting his A License with the United States Soccer Federation (USSF). He has also been an instructor for numerous “D” and “E” license courses across the state of Arizona as well as an Olympic Development Coach (ODP) here in Arizona. Coach Reid was an Associate Instructor (2006-2009) and holds a Premier Diploma and a National Goalkeeping Diploma from the NSCAA/United Soccer Coaches Association.
Coach Reid has been coaching soccer for over 20 years across the state of Arizona in the club, high school and collegiate arenas. He is the Assist. Men’s Soccer Coach at Embry Riddle University of which are currently the CalPac Champions. He took over the boy’s soccer program at Prescott in 2017. Where he immediately went to work branding the program. In his first season, he turned the boy’s program around that had won six games in three years into a team that posted a 7-5 mark in 2017, missing the state playoffs by one point. In 2018 Coach Reid led the boy’s team to a 10-1-1 record and a State Runner Up Finish. When asked what he likes most about coaching at Prescott Reid states, “PHS cares about their student-athletes and emphasizes the student first and athlete second. This mindset is the foundation needed for a good athlete as it promotes the discipline needed to succeed in sports.”
Coach Reid has one daughter Khloe (10 yrs) who he dotes on and challenges to be her best self. Reid owns his own company, Kingston Business Solutions and when not working can be found playing soccer or running adventure races like Spartan and the tough mudder. One thing many people do not know about Coach Reid is that he enjoys singing and can often be found singing at his church.
We are so blessed to have Coach Reid as part of the Athletic Department. His Jamaican lilt can be heard encouraging, challenging, and laughing whenever on campus. Thank you Phil for your mentorship and support of our student-athletes.